Today Denis Matsuev is a welcome guest of the central concert halls of the world, a permanent participant of the largest music festivals, constant partner of the leading symphonic orchestras of Russia, Europe, North America and Asian countries. Regardless of exclusive demand abroad, Denis Matsuev considers his priority to develop philharmonic art in Russian regions and presents a significant part of his concert programmes, especially the premier ones, in Russia.

The musician participates in worldwide famous festivals: the Edinburgh International Festival (Great Britain), “Schleswig-Holstein” and “Rheingau” (Germany), the Verbier Festival (Switzerland), “Ravinia” and “Hollywood Bowl” (USA), the “Stars of the White Nights” in Saint-Petersburg (Russia), the Lucerne Festival (Switzerland) and others.

Denis Matsuev is the soloist of the Moscow Philharmonic since 1995. He started offering his annual personal season ticket the “Soloist Denis Matsuev” in 2004. The ticket includes the performances of the pianist together with the leading orchestras of Russia and foreign countries, and the distinctive feature of the cycle is the preservation of the availability of concerts for the season ticket holders.

For many years already, Denis Matsuev is a director and inspirer of several music festivals, educational outreach projects.

Since 2004, he holds a “Stars on Baikal” in his home town, Irkutsk, with the continued success; and since 2005 is a creative head of the Music festival Crescendo, which programme was met with a huge success in Moscow, Saint-Petersburg, Ekaterinburg, Kaliningrad, Pskov, Tel Aviv, Paris, and New York.

In 2010, it was proclaimed the year of Russia in France and the Year of France in Russia, Denis Matsuev accepted the invitation of the French colleagues and became one of the heads of the Annecy Music Festival, intending to bring together music cultures of two countries.

In 2016, Denis Matsuev as the artistic director and chairman of the Organizing Committee held the First international competition for young pianists, Grand Piano Competition, in Moscow.

Denis Matsuev is the art-director of the Sergei Rachmaninov Foundation.

The meaningful event for the musician is receiving one of the most prestigious world music prizes – the Shostakovich’s Prize, which he was awarded in 2010. According to the Order of the President of Russia in June of the same year, Denis Matsuev became a laureate of the State Prize of the Russian Federation in Literature and Arts, and in May 2011 the pianist received the title of the People’s Artist of Russia. Denis Matsuev became an Honorary Professor of the Moscow State University in December 2011. Since 2012, Denis Matsuev was the head of the Public Council under the Ministry of culture of the Russian Federation. 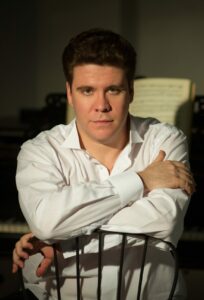 A special responsibility of the musician is the I.N. Voronova Interregional charitable foundation “New names”, alumnus, and currently the President of which he is. The Foundation, for more than 20 years of its history, raised a few generations of artists and continues to extend its educational activity in supporting talented children under the leadership of Denis Matsuev and the founder of Ivetta Voronova Foundation.

In 2014, Denis Matsuev was awarded the honour of performing at the official Closing Ceremony of the XXII Winter Olympic Games in Sochi.

In April 2014, UNESCO designated Denis Matsuev an honourary title as a UNESCO Goodwill Ambassador. In 2016, Matsuev became an Ambassador for the FIFA 2018 World Cup Russia™. In December 2016, Denis Matsuev was awarded the State Order of Honour.

Moreover, in 2016, D. Matsuev became a laureate of the Government of Russia Prize in the sphere of Culture for his International Music Festival in Irkutsk “Stars on Baikal”.

Matsuev was a chairman of the jury for XVI International Tchaikovsky Competition in the “piano” category (2019).

The pianist was the ideological inspirer and organizer of the gala concert with the participation of V. Gergiev, A. Netrebko, P. Domingo and other stars at the Red Square in Moscow on 13 June 2018 on the eve of the FIFA World Cup in Russia.

In 2021, for the first time in the history of ICMA, the Russian musician was a laureate in the “Video Performance” nomination. The prestigious award was given for the Rachmaninoff programme performed by the world-famous pianist Denis Matsuev and the Lucerne Festival Orchestra conducted by the Italian master Riccardo Chailly.